Seedrs is one of the top 2 crowd equity platforms in the UK (alongside Crowdcube). They offer the potential to raise early-stage funding from a large group of private investors via a web platform. However, projects are vetting increasingly carefully before they are listed. Having a cornerstone investor already in place is on the way to becoming essential to success. 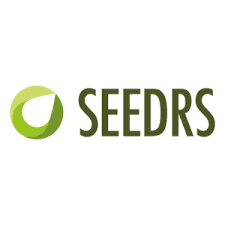 Any sector, and any geographic area

No fund under management. When investors invest in a business through Seedrs, they invest solely in the single campaign that they’ve chosen. However, Seedrs occasionally make available campaigns for individual ‘funds’ looking to raise investment for a pool of known or to-be-selected businesses (for an accelerator cohort, for example).

“We let all types of investors invest in businesses they believe in and share in their success. We let all types of growth-focused businesses raise capital and business community in the process. We do all of this through a simple, highly professional, online process that protects and empowers investors while helping businesses grow and generate returns. We are equity crowdfunding done properly.”

Oppo lets you give in to your cravings while staying healthy. Rather than having to choose between healthy or indulgent dessert options, Oppo makes compromising a thing of the past with their low sugar, superfood-rich, delicious ice cream range.

“We actually rejected an offer from a venture capitalist firm and opted for crowdfunding instead, because we really wanted to give both our customers and consumers the chance to own a part of Oppo. We hope that they will in turn share in the growth of the company and be a part of our story rather than passive consumers.” And it looks like Oppo gauged the enthusiasm for crowdfunding their business well, as they reached their initial investment target of £100,000 within hours of going live. To satiate investor demand, they chose to keep their campaign open and reached 300% within just a few days.

A multi-award winning company which develops and distributes a range of innovative, modern ads designed for the mobile generation.

Adludio initially came to Seedrs as Digital Spin in mid-2012 to raise £60,000 investment and validate their business idea. And that they did, with 70 people investing an average of £857 each. In July 2014, the business returned to Seedrs to raise £300,000 in the world’s first equity crowdfunding convertible. “We’re not turning away from them [VC and Angel Investors], but we’re combining their value with the value of the crowds. We think it’s a wonderful opportunity for ordinary investors to invest alongside top VCs, such as Passion Capital and Ballpark Ventures, on exactly the same terms.”

Maily is an application that makes it simple for young children to send quirky, personalised messages to Mum, Dad, their grandparents and close friends easily, rapidly and securely

As an alumnus of leading European accelerator programme Seedcamp, Maily had already validated their business model and gained traction when they sought growth capital through Seedrs in 2014. While campaigning for £150,000 on the platform, Maily caught the eye of Faber Ventures – a major European VC firm. Faber was keen to invest alongside the “crowd” at the same valuation and on the same terms; but they wanted to invest £180,000 – more than Maily was looking to raise.

Excited about the prospect of accelerating the business quicker than originally intended, Maily cancelled their initial £150,000 campaign and re-campaigned with a £250,000 target. Investor demand was impressive as Maily overfunded their new target by 140% and raised £352,270, which included Faber’s investment. The campaign represents the first time a venture capital firm invested through an equity crowdfunding platform and alongside the crowds. “The combination of Faber, an investor that will work hand in hand with us and bring more than just money, and the crowd is the perfect mix.” “It also shows how Europe can make things work for an early stage startup willing to grow fast and bring a new product worldwide.”